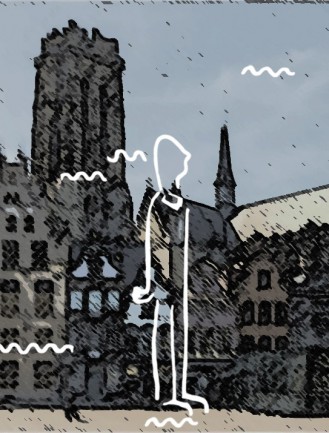 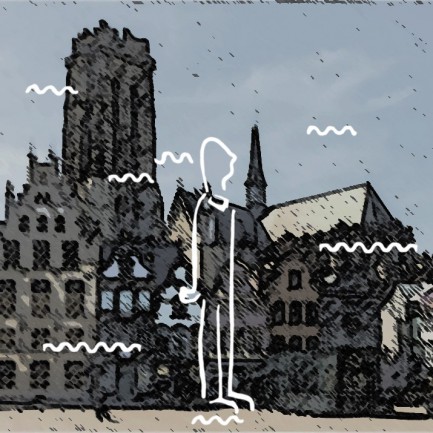 The way to where it's quiet

A strange figure in the city.

She stands still
looks around
then continues on her way without a sound.

She seems to be looking for something.

(Maybe you know where it is?)

“Straight on and then the second street on the right, they said. And then I was supposed to ask someone else the way.” A conversation unfolds.

This performance is a one-to-one experience on 11 and 12 December, around the various concert venues, in the centre of Mechelen and elsewhere. You can listen to it again later as a podcast.